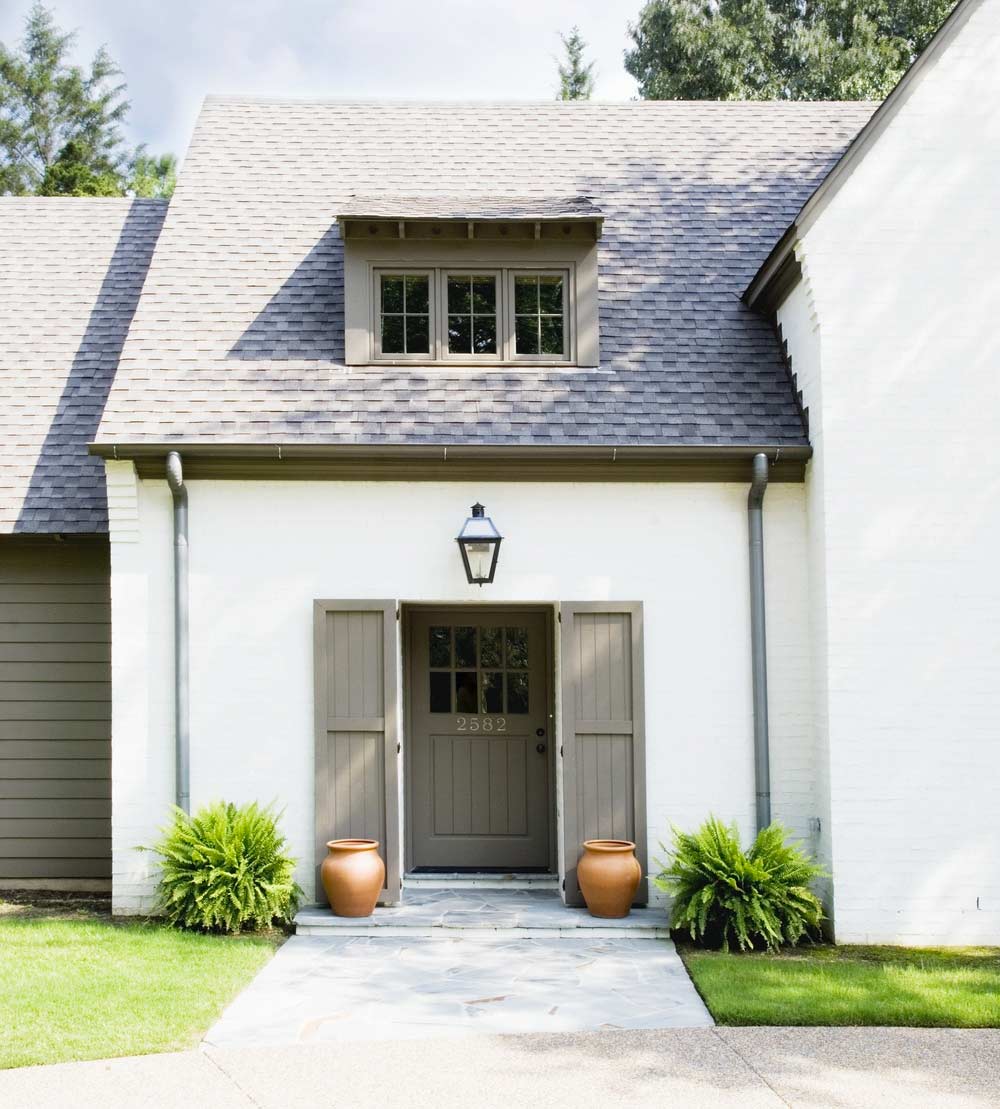 So how do you choose the right white exterior paint color for your house? There are so many whites to choose from, the decision can be overwhelming.

In my opinion, you don’t want to use a white that is too bright, especially on the exterior of your house. If you do, your house will be blinding to look at in full sunlight.

Going with an off-white or a white paint color that has some creaminess to it, is the way to go. It won’t be glaring to the eye, and it will give your house a softer more pleasing appearance.

As you might know, we’re in the process of building, and right now we’re trying to decide on an overall color scheme for the exterior. It’s such a difficult decision, but it’s one that we have to get right. Since the majority of the house will be white painted brick, everything will hinge on the shade of white that we choose!

After poring over tons of pictures, here are my five favorite white exterior paint colors:

Despite its name, Sherwin Williams Pure White isn’t really pure. It does have just a touch of warmth to it, but not so much that it looks creamy. It’s probably the brightest white paint I would use on the exterior of a house.

Oyster White from Sherwin Williams is a very warm white. You could almost call it a very light greige. If you plan on having wood accents on your exterior, it would complement that nicely.

Like Pure White, don’t let the name fool you. Benjamin Moore Simply White is a warm white. It has a slight yellow undertone, and on a side note, it was Benjamin Moore’s color of the year in 2016.

Benjamin Moore White Dove is a very soft white with a hint of warm gray. It has just the right amount of “off-whiteness” if you do not want too much creaminess on the exterior of your house. White Dove is extremely popular and seems to be a go-to paint color for a lot of designers.

Update: We recently completed a remodel, and decided to use White Dove on the exterior. We were very pleased with how it turned out. In my opinion, it might be the perfect off-white exterior paint color.

If you’re looking for a white exterior paint color that is not overly warm or creamy, Sherwin Williams Snowbound is a good one. It has just a hint of neutral gray. It’s probably a little warmer than Pure White, but nowhere near the warmth of Oyster White or Alabaster.

We actually used Snowbound on the exterior trim of a house we flipped a couple of years ago. I remember loving how soft it looked.

Benjamin Moore China White is another white that has a touch of warm gray. I’ve heard of some people saying it looks dingy, but I think for the most part they are talking about when it is used for interior spaces. However, on the exterior where you don’t want a bright white, I think it looks amazing.

If you’re looking for a white that is creamy with looking yellow, White Duck by Sherwin Williams is it. It’s really a perfect blend of greige and cream. Here you can see it on this beautiful house by Garden Gate Homes.

Update: We ended up using Sherwin Williams White Duck on the exterior of our house, and couldn’t be happier with our choice! In full sunlight, it has a very soft appearance and doesn’t look too creamy. However, on a cloudy or rainy day, the creaminess of the color comes out. Below is an exterior photo of our house.

Natural Choice is another neutral white that is not too yellow nor too gray. Compared to White Duck, it appears more on the creamy side. Here is an example of Natural Choice on a house by Dixon Kirby Homes. 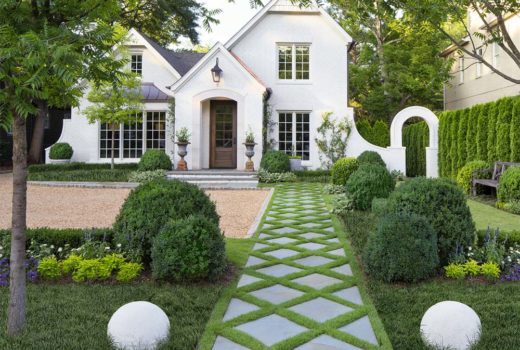 Getting Creative with Your Sidewalk Design: Four Ideas and Examples 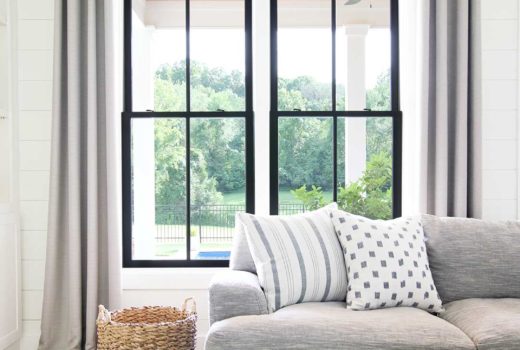 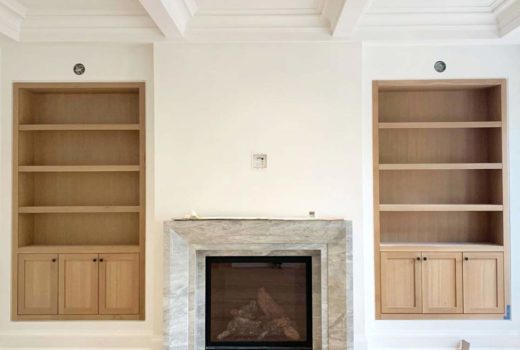