How to Make a Concrete Fire Pit 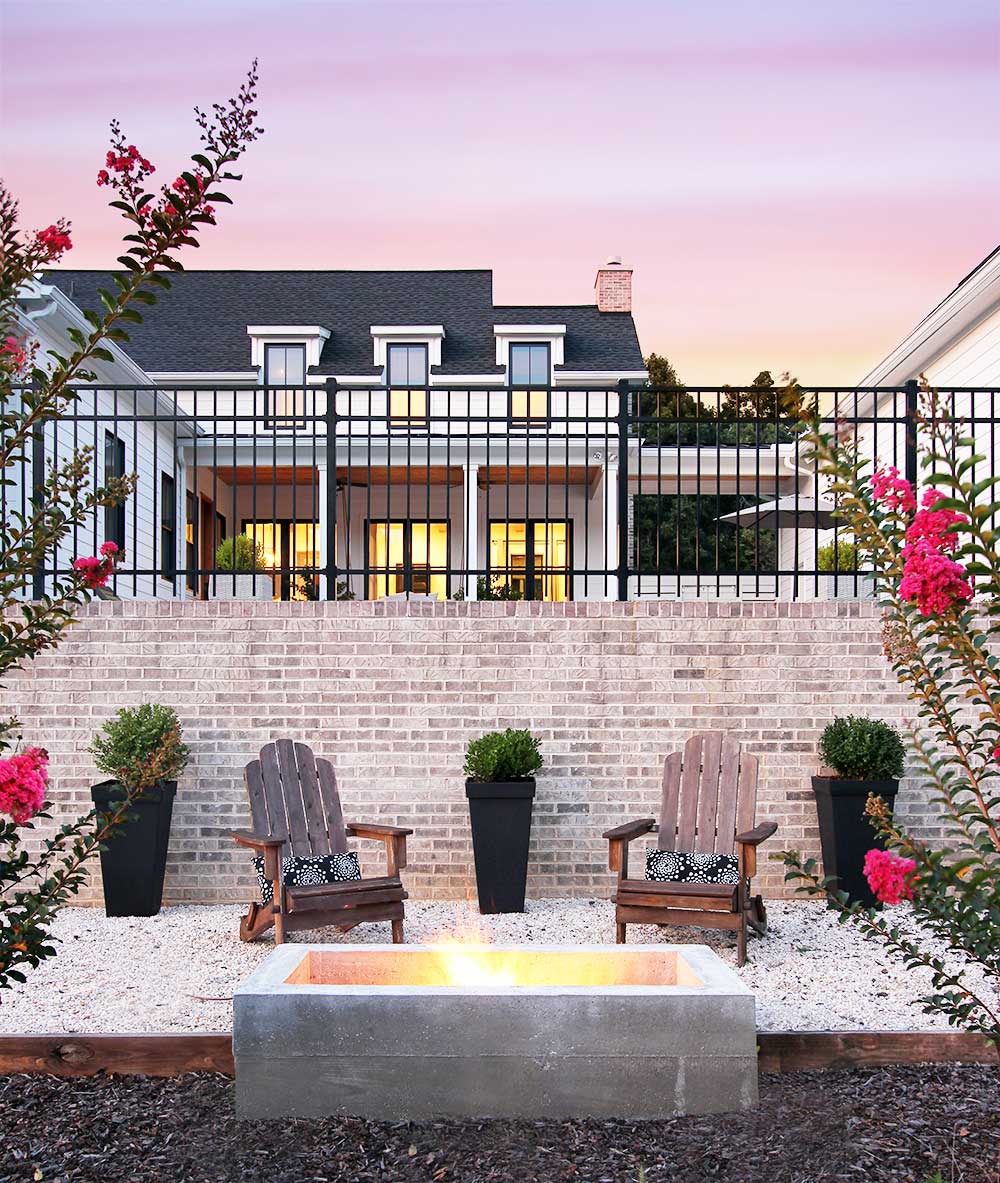 Last year we decided to build a fire pit behind the house. We had originally planned on building a simple stone fire pit. But after some discussion, we decided to use concrete and make one that was a bit more modern looking. We thought it would be a nice contrast with the brick retaining wall along with the other elements we would add around the fire pit.

In this article, I’m going to tell you how I made it so you can make one for yourself! Keep in mind that I made this fire pit before we started the blog. Which unfortunately means that I wasn’t concerned about taking a lot of pictures of the process, but thankfully I did take some of the most important steps.

Here’s what you’ll need for the project:

Mark and Prep the Area

Once we decided where to put the fire pit and how big it should be, I marked the area exactly where it would sit. Then using a shovel, I dug up the grass and the top level of dirt until the area was nice and level.

The overall size of this fire pit is 60″ x ” 30″ x 16″ with 5″ thick walls. Based on that constructed the form. I built it in two layers. I used the 2×10’s for the bottom layer. You can see the measurements for the cuts in the illustration below.

Once I had all of the pieces cut, I built the outer forms. I drilled pilot holes through the ends and connected the pieces with the 2 inch screws.

Then I built the inner forms using the 2×8’s, but instead of using screws on the outside, I used metal brackets on the inside corners. This allowed me to take the form apart once the concrete had dried.

The next step was to add the rebar and wire. I placed three stakes down each of the long sides and one stake on each of the short sides. I drove each stake into the ground until the tops were about 1 inch below the top of the form.

Then I wrapped the wire around the stakes, making sure none of it was touching the form.

Once I had the rebar and wire in place, I add the top outer box. Then I attached some braces to the sides to make sure the top forms stayed in place while adding the concrete.

The blue area in the illustration below shows where the concrete goes.

Mix and Add the Concrete

In the wheelbarrow, I combined one bag of Quickrete and water and mixed it with a shovel. I started with a small amount of water. Then added more and mixed until it was an oatmeal consistency. Be careful not to add too much water. You don’t want the concrete to be too runny.

Then, I shoveled the mixture into the form. I made sure that it completely filled the form leaving no voids or pockets of air. I repeated this with all of the bags of Quickrete until the form was filled to the top.

Using a hammer, I went all around the form tapping on the sides to force any air bubbles to the top.

Then I used a float to skim the top to make sure it was nice and smooth. This forces any of the big material down into the mixture and creates a smoother surface on top.

I covered the fire pit with some plastic and left it alone for 48 hours. This gave the concrete time to cure while keeping the moisture in.

I removed all of the screws and brackets from the form. Then using a pry bar, I pulled the form away from the concrete. The outside pieces were pretty easy, but the ones on the inside were a little tough to get out. You might need to use a circular saw to cut the wood out.

The last and final step was to add some lava rocks to the inside of the fire pit. I filled it about a third of the way up. Then we waited about 2 weeks before using the fire pit to give it more time to cure.

Hope you found this useful! And as always, if you have any questions, post them in the comments.

How to Build a Porch Swing Bed 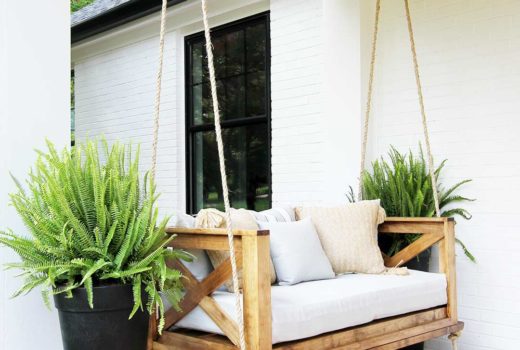 How to Hang a Porch Swing 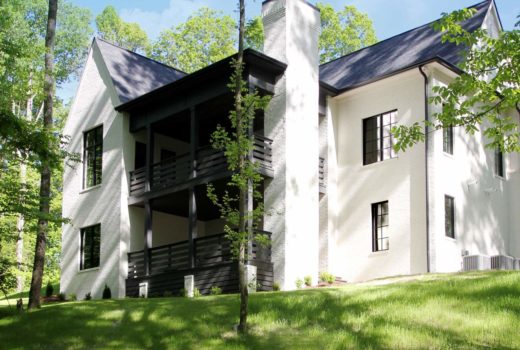 How to Install Horizontal Deck Skirting