How to Build a Farmhouse Wood Range Hood 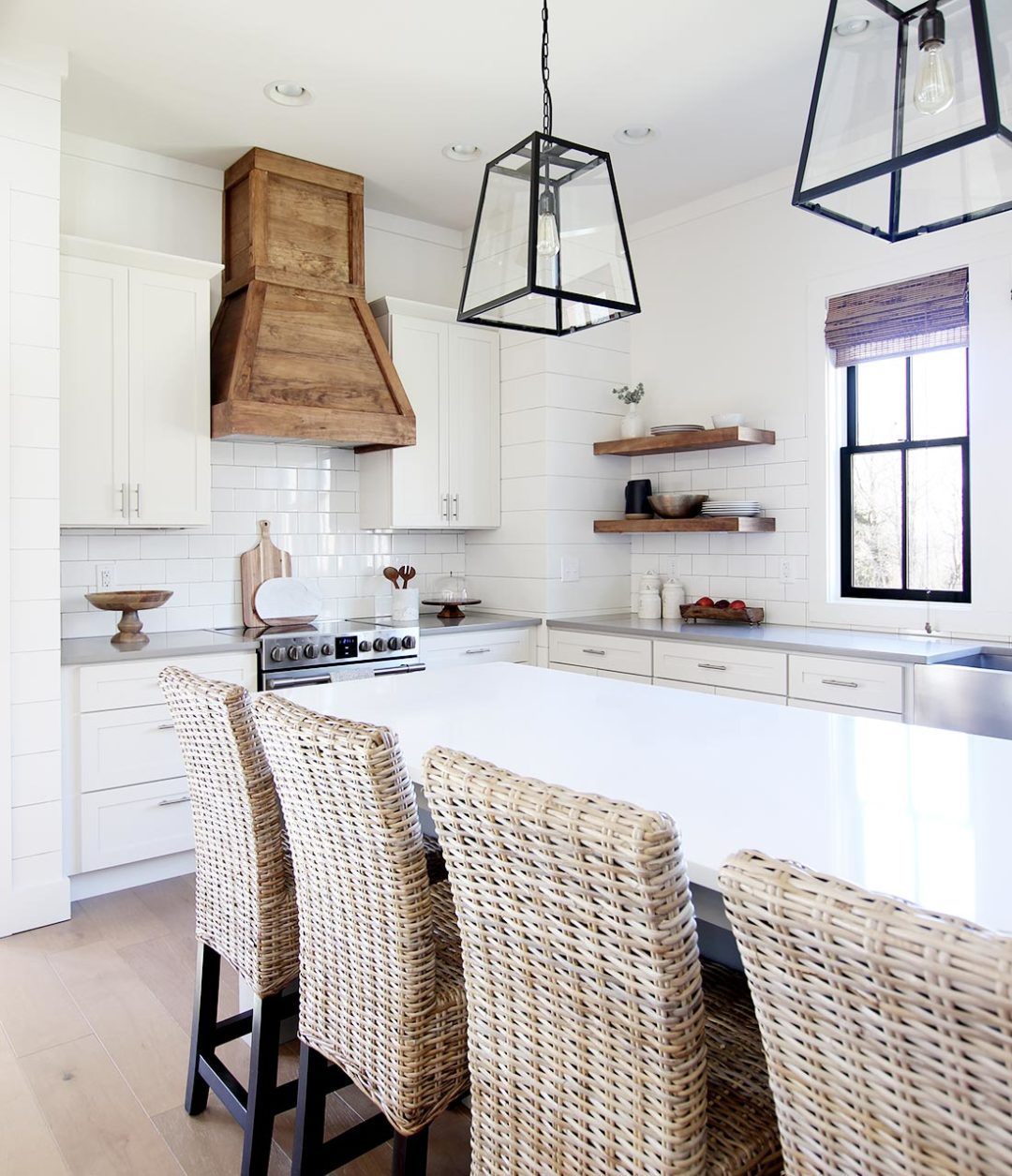 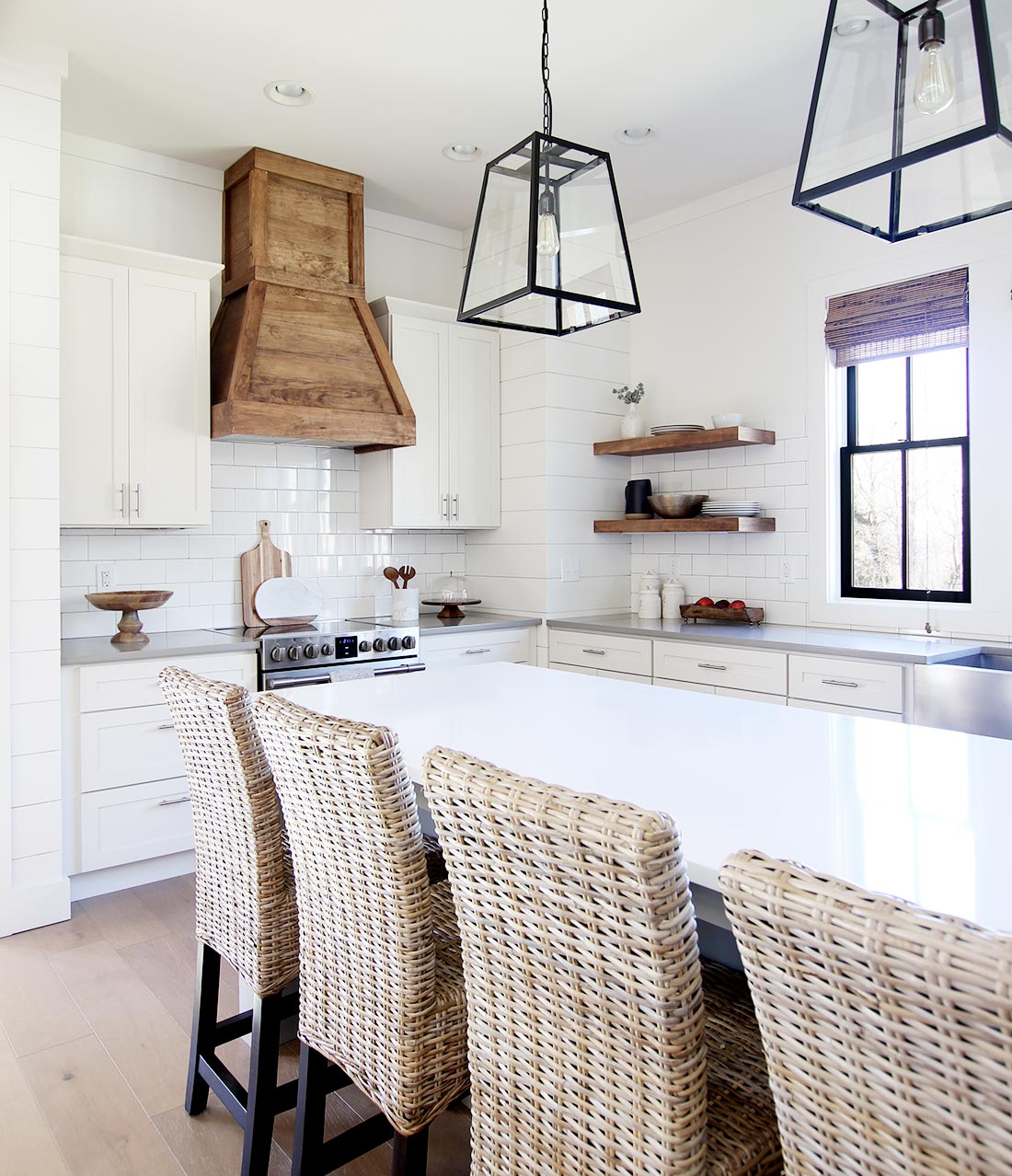 When we designed the kitchen in our modern farmhouse, we chose to go with a stainless hood to add a little “modern” to the kitchen. However, after living in the house for a few months, Brooke decided that the kitchen would look better with a stained wood hood. It would add more warmth to the kitchen and tie in with the floating shelves and wood beams. At the time, I was itching for a new project, so I happily obliged.

When I made this hood, I didn’t know I would eventually be writing a tutorial on how to build it, so unfortunately I didn’t take any pictures of the process. So instead I’m providing 3D illustrations, which are probably more helpful than photos anyway.

The first thing you need to do is determine the size of your hood, and this will all depend on your kitchen setup and how you plan on mounting it.

After, I took my measurements, it was time to do some calculations.

When I was sitting in geometry class as a teenager, I just knew that one day I would be able to use what I was learning. Big shout out to Ms. Dishner! I couldn’t have built this hood without you.

In order to get the correct angle for my miter cuts, I had to use the Pythagorean theorem. If you know two sides of a right triangle, you can solve for the other angles. Once I had my measurements, I used this online calculator. Here’s what I came up with: 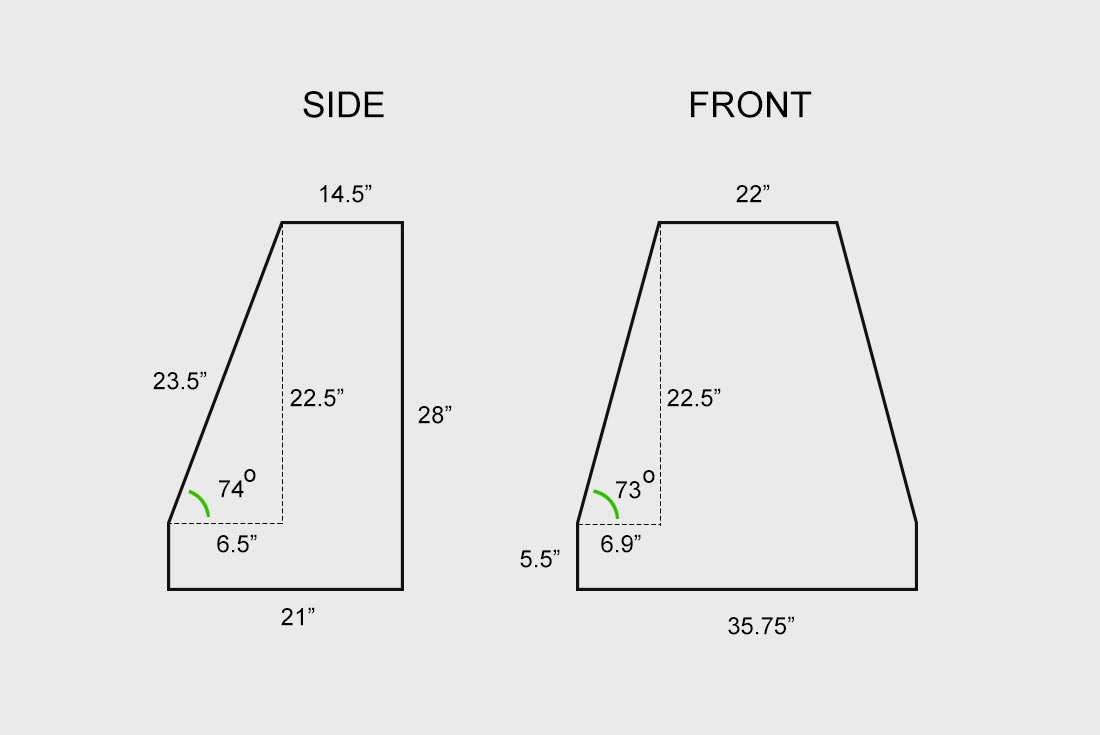 To make the installation process easier, I decided to build the hood in two separate pieces: top and bottom. Here’s how I built the bottom.

Building the Bottom of the Farmhouse Hood

I started with the base. Here I used the 1 x 6 pine and made 45 degree cuts on the corners. Where the pieces met, I applied some wood glue, and nailed them together. I wanted to use as few nails as possible. That way the outside of the hood didn’t have a lot of holes to fill. In the illustration, the red dots indicate where I nailed. 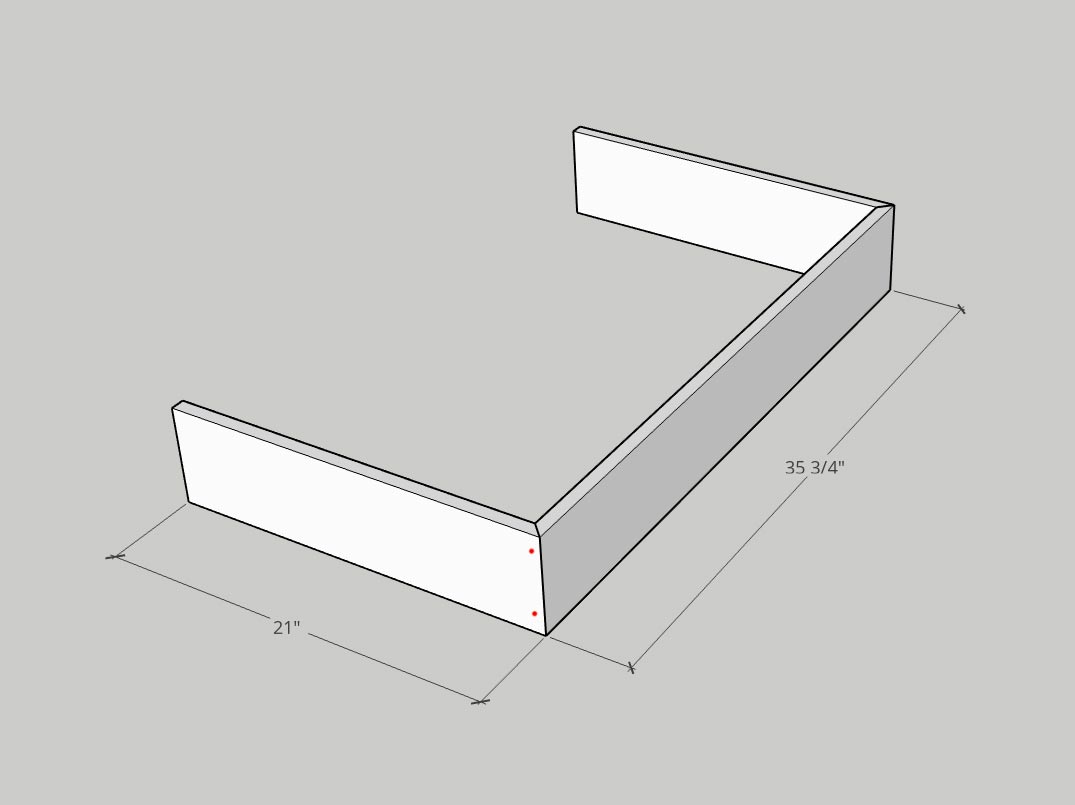 Next, I constructed the two front corner pieces. I built these out of the 1×3 pine. Based on the calculation, the final length of these would need to be 24″, but I made them 27″ to start with. That gave me some extra length to make the miter cuts. I glued and nailed two of them together as shown in the illustration. I made two of these, one for each front corner of the hood. 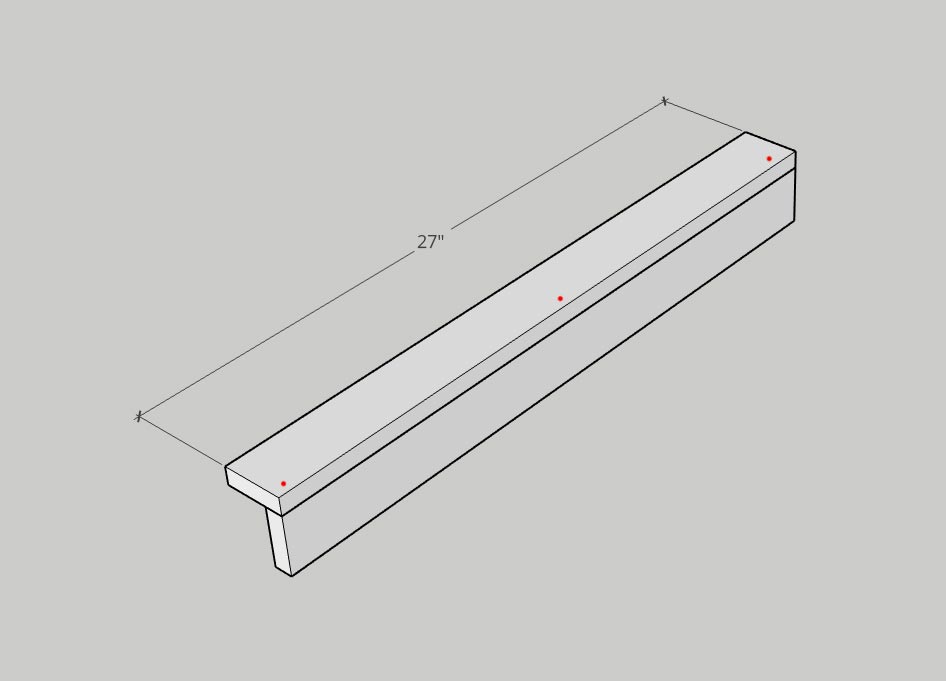 Once both corner pieces had dried, I set my miter saw for a compound cut at 17 and 16 degrees. I made the cut at both ends so that the length of the piece was 24″. Compound miter cuts can be a little tricky, so here is a handy calculator.

Once the corner pieces were cut, I glued and nailed them onto the base as shown in the illustration below. 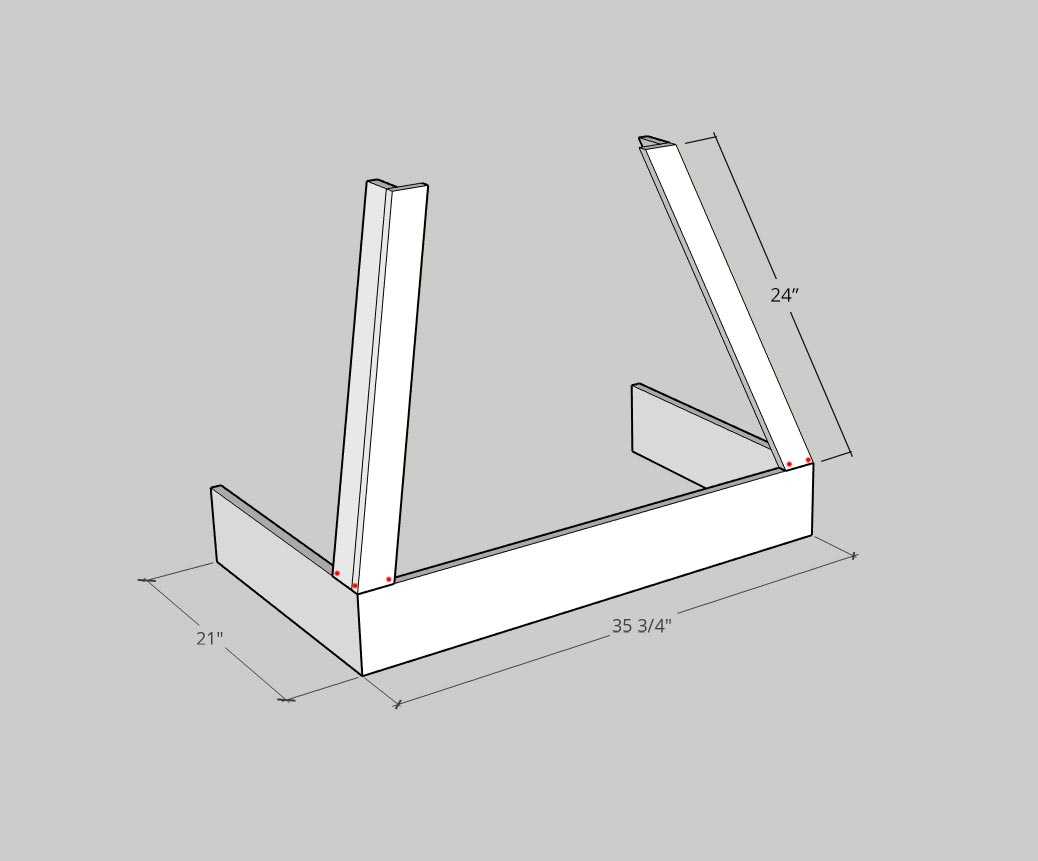 Next I measured and cut the back edge pieces on a 17 degree angle. Then I glued and nailed them on the base. 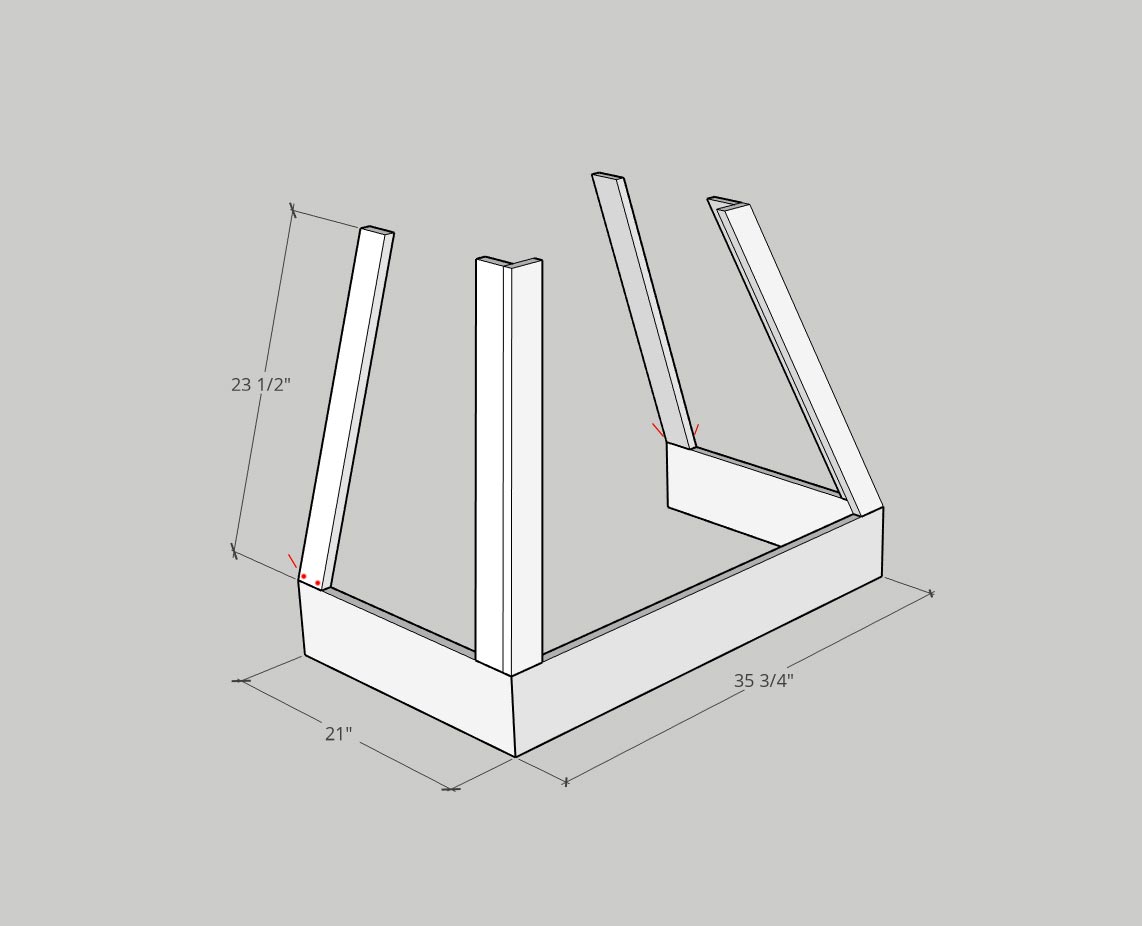 Now that I had all of the corner and edge pieces in place, it was time to start filling in the front and sides with pieces of the 1×6 pine. I started by measuring the distance between the two front corners at the top of the base, and then from the base of the front corner to the back edge. This gave me my lengths. I cut the ends of the front pieces at a 17 degree angle and one end of the side pieces at a 16 degree angle. I glued and nailed the pieces in place from the back. That way there were fewer nail holes showing. 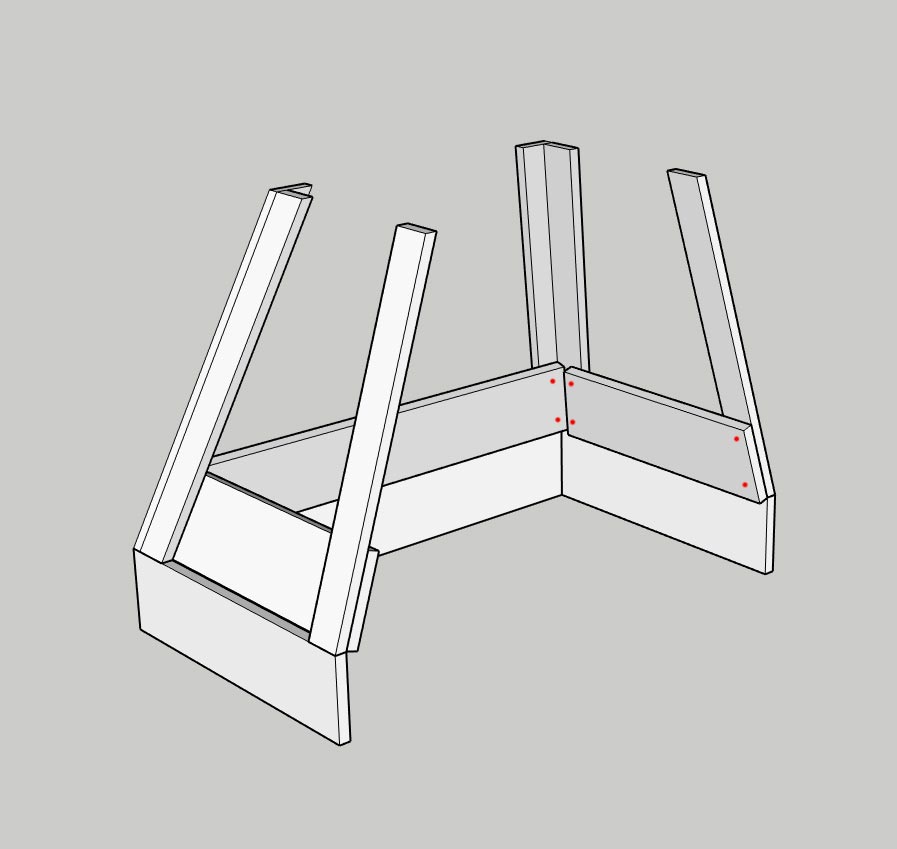 I repeated this until the the front and sides were filled in, reducing the width of each board accordingly as I moved up the hood. For the last three pieces on the top, I used the 1×8 pine so it would come above the corner and edge pieces. This completed the bottom part of the hood. 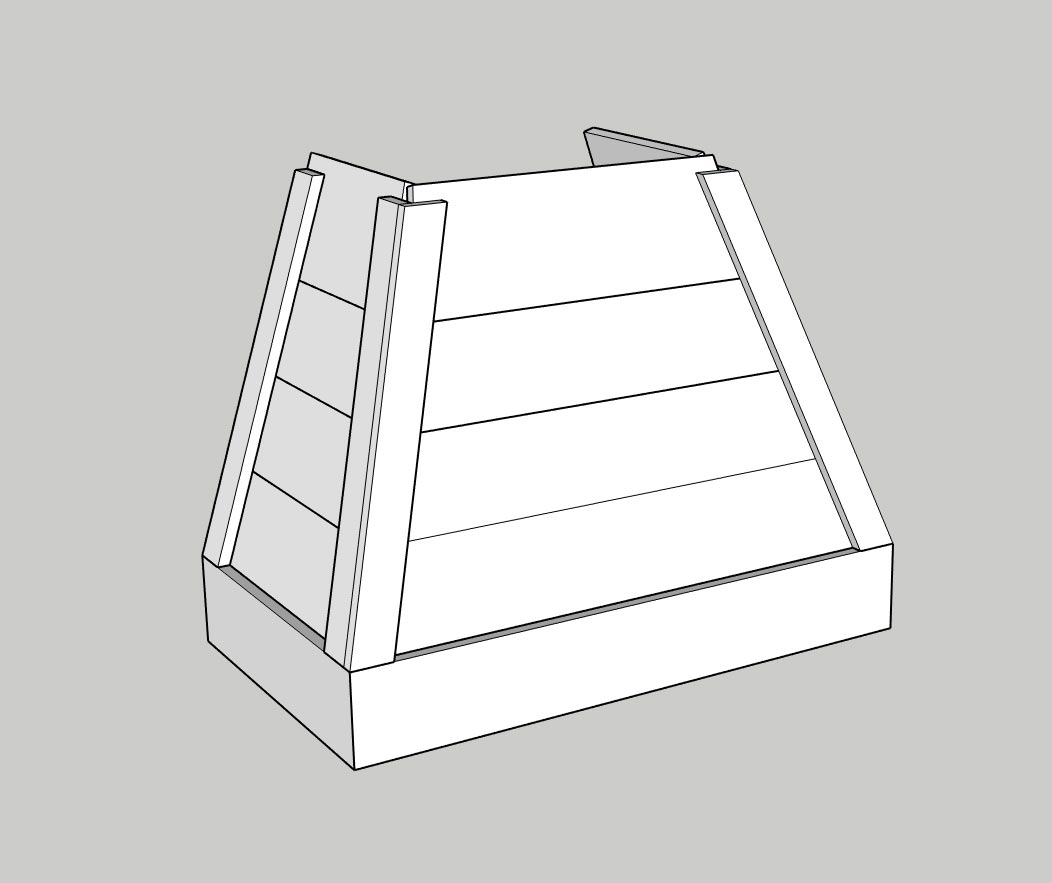 Building the Top of the Farmhouse Hood

I constructed the top of the hood is constructed much like the bottom minus the angles. I started with the base. I used the 1 x 3 pine and made 45 degree cuts on the corners. Where the pieces met, I applied some wood glue, and nailed them together. 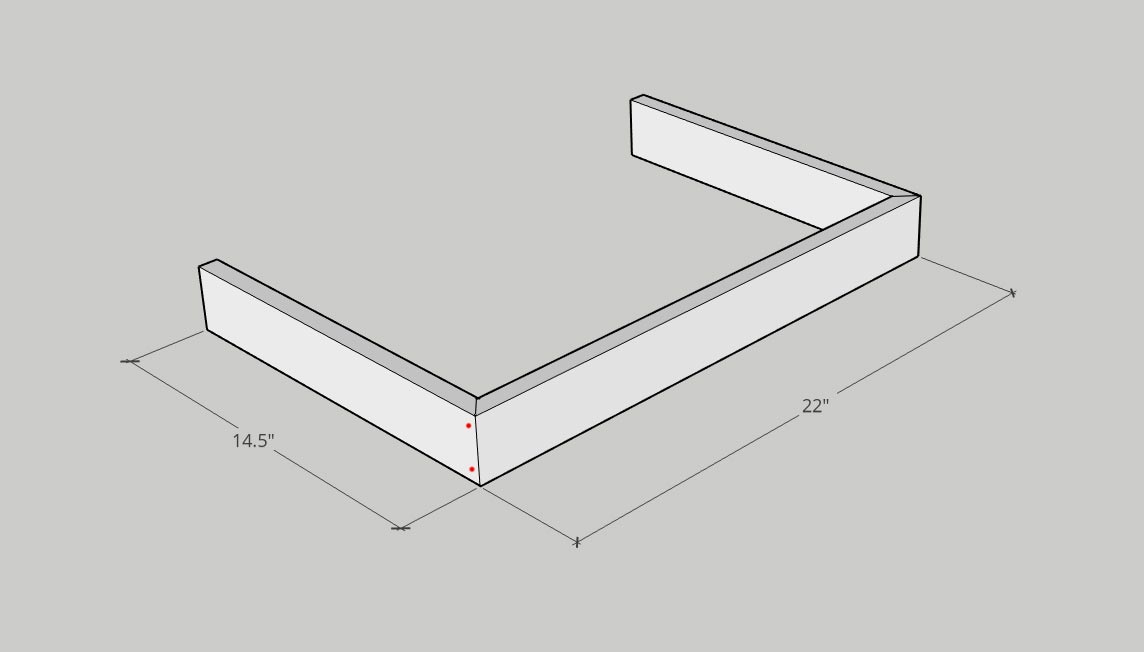 Next, I went ahead and glued and nailed on the first row of 1×6 boards for the front and side. This gave me something to nail the corner pieces to. 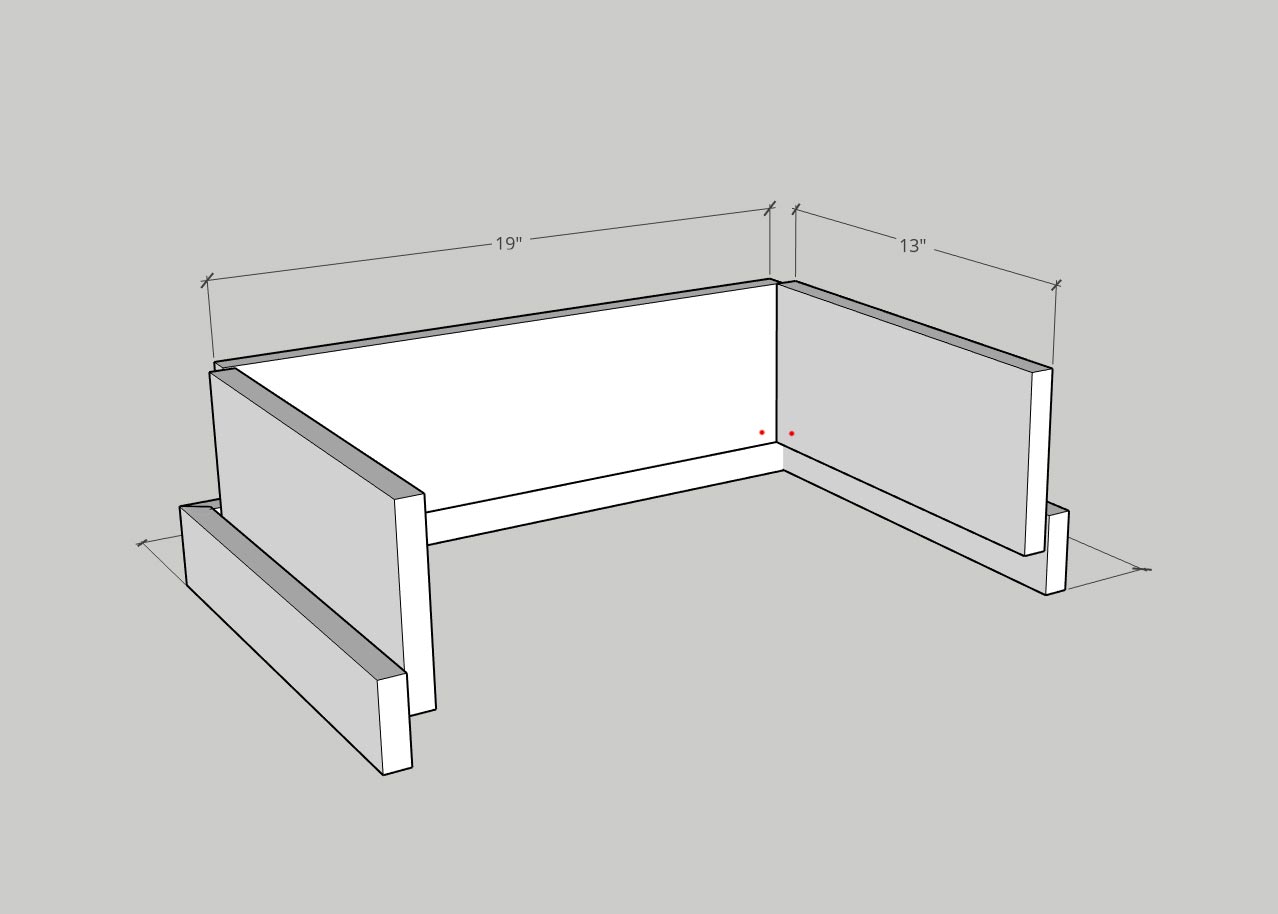 For the corner pieces and back edge pieces, I used the same method to make them as I did for the bottom part of the hood, only I used straight cuts instead of miters. After they dried, I glued and nailed them in place as shown in the illustration below. 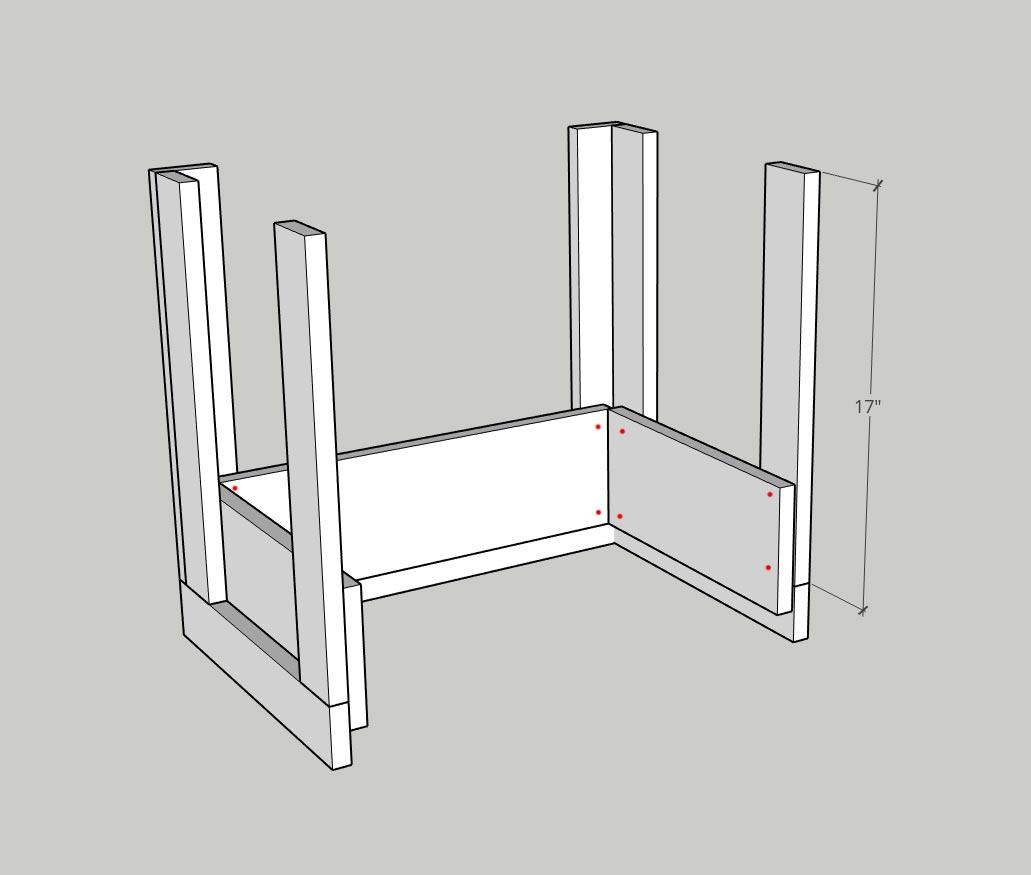 Then I continued the 1×6 pine boards to the top, but on the last pieces I used 1×3 instead as the 1×6 would have been too tall. 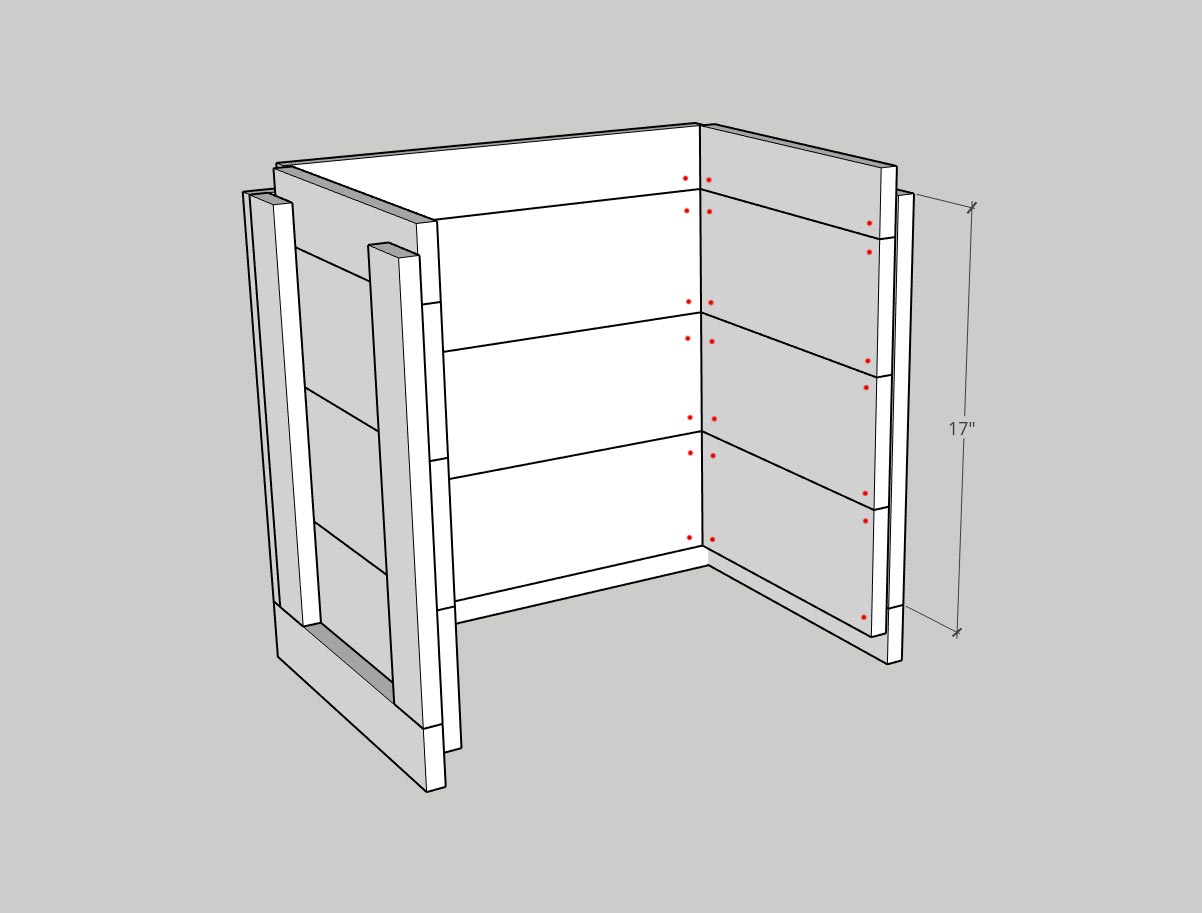 Then to cap off the top portion of the hood, I repeated the same steps that I did for the base of the top, and glued and nailed it into place. 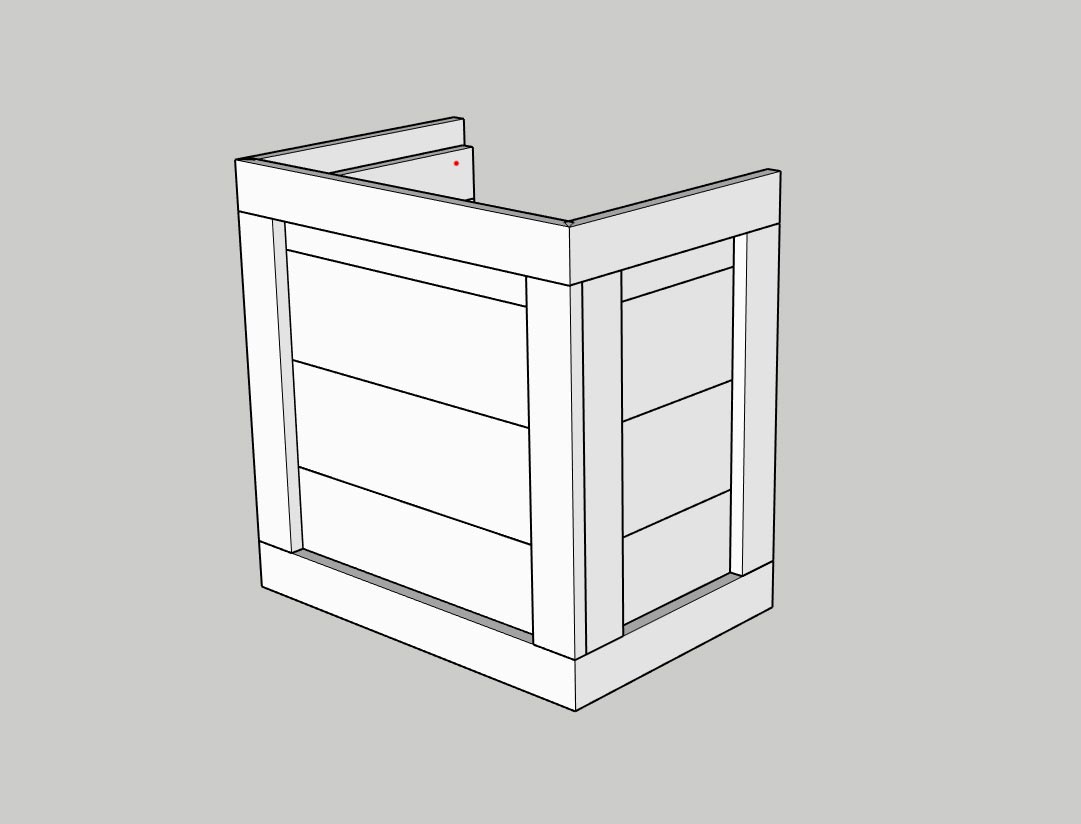 After you have your hood built, you’ll want to fill the holes, sand, and then stain. I didn’t cover any of that in this post, but let me know if you would like a part two. If so, I will go over that and the installation process.

Building this in two parts made installation much easier. Once I had the bottom part mounted, I simply sat the top piece on and that was it! Here is a illustration of the full range hood, followed by some more photos of it installed in our kitchen. 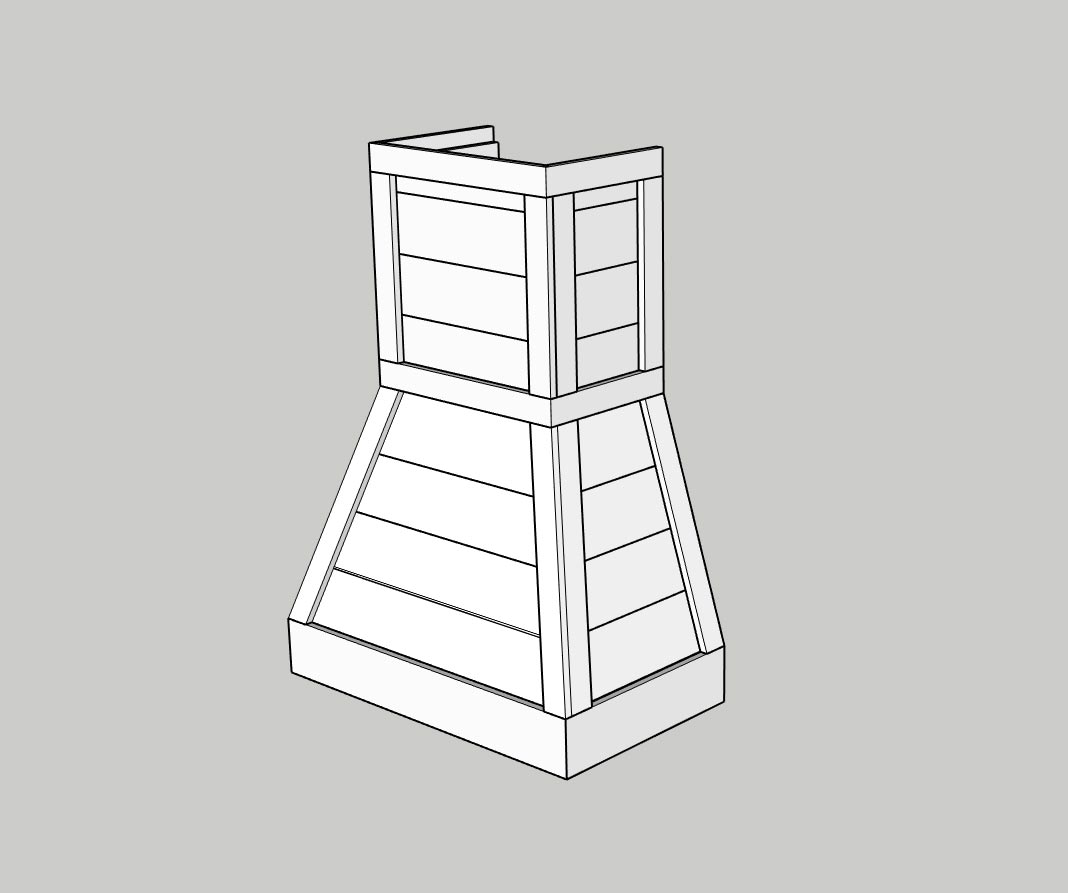 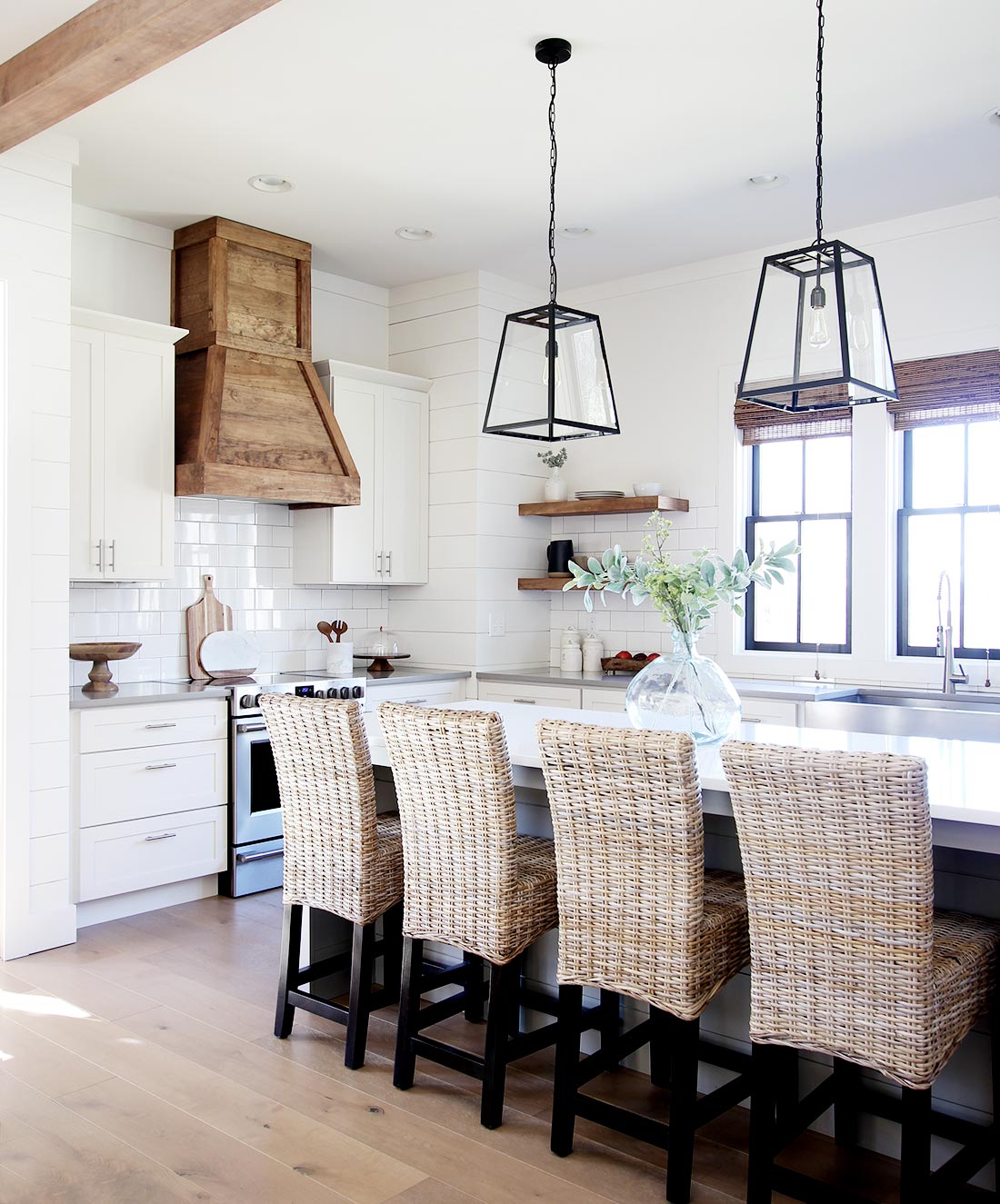 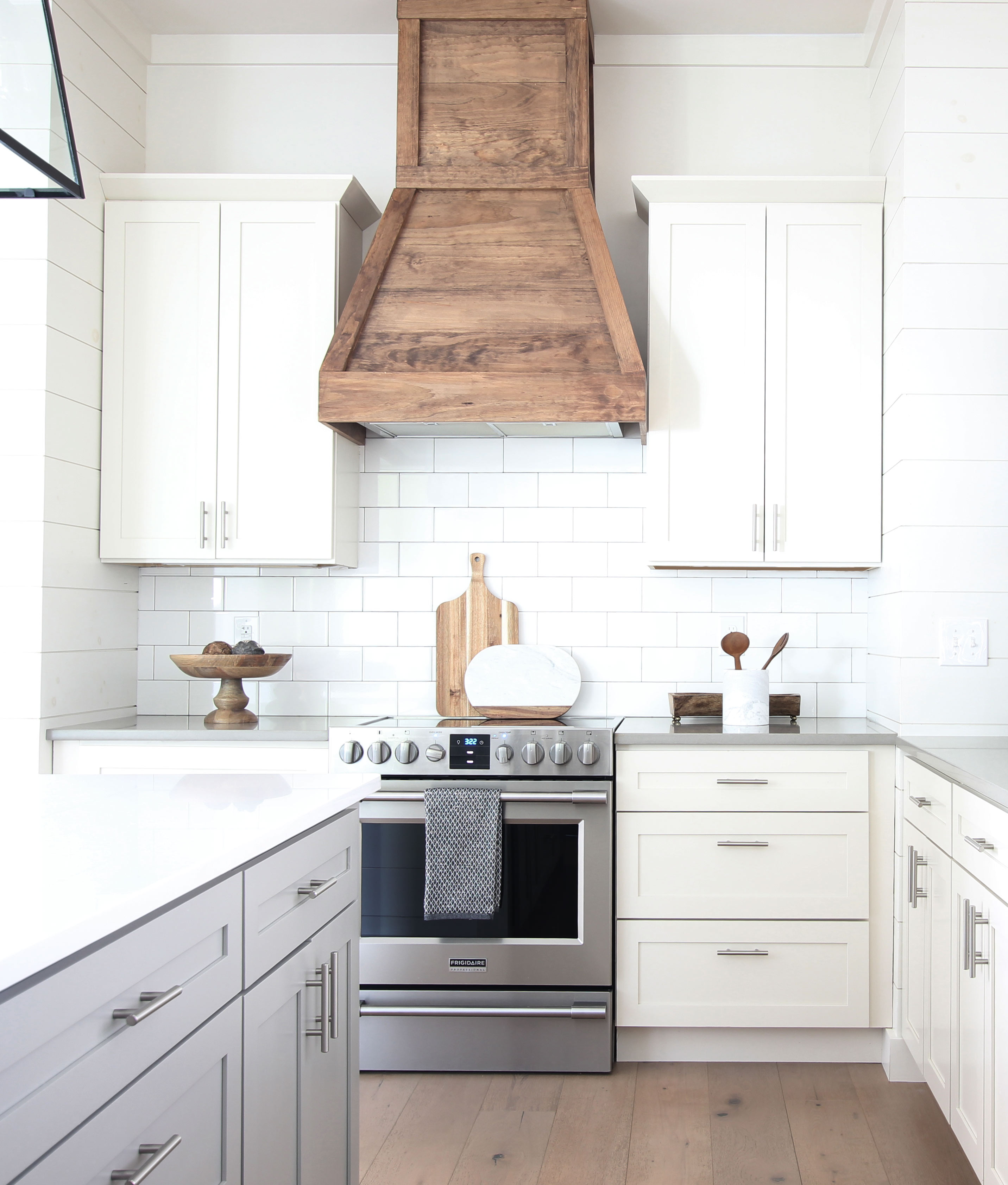 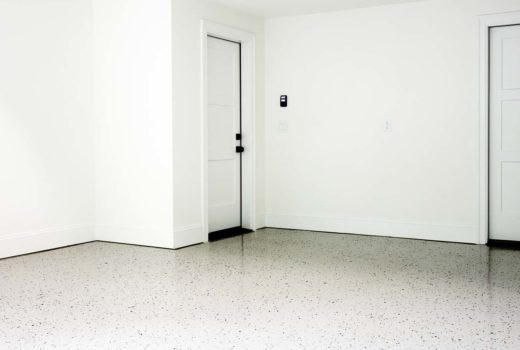 Garage Floor Epoxy: How to Do it Yourself 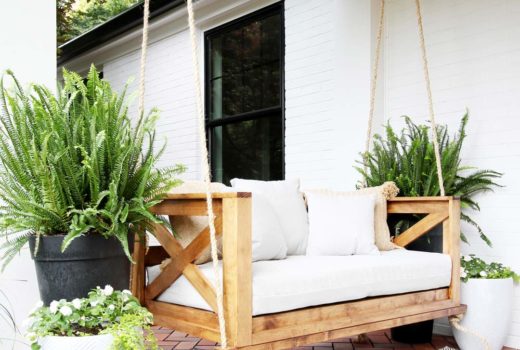 How to Build a Crib Mattress Porch Swing 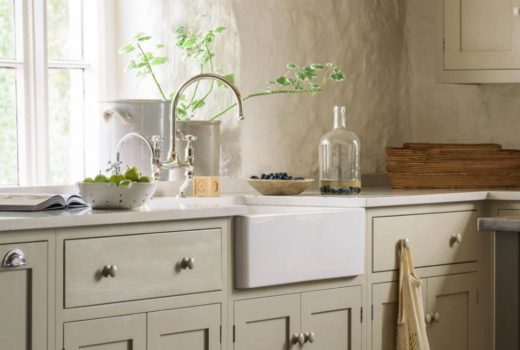