Five Different Ways to Use Shiplap Throughout Your Home 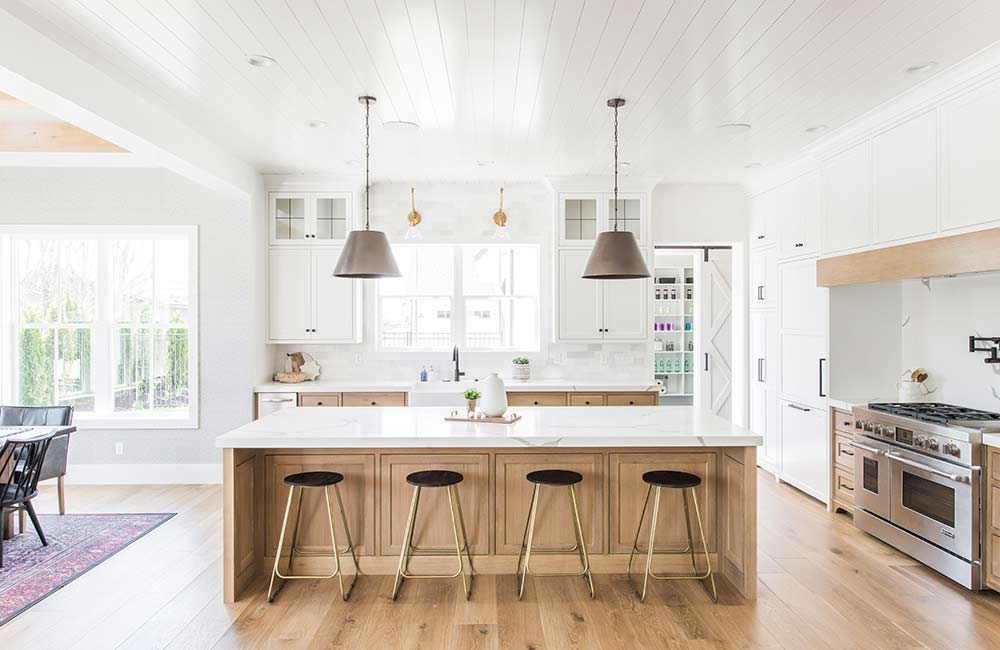 Thanks to Joanna Gains, shiplap has taken over the design community over the past several years. Whether rustic or modern, shiplap has become a goto design element for many.

The term shiplap was originally used to describe a plank of wood that had rabbets cut on each edge that would allow the boards to overlap, revealing a small groove. But now the term is used to describe many different types of material that result in the same look.

In our current house, we used a material called nickel gap boards. It gives the same final appearance as shiplap, but instead of rabbets, it has a tongue and groove.

Using shiplap is an easy way to add visual interest to a room. Here are some different ways you can incorporate shiplap into your home:

Probably the most obvious and widely used application of shiplap is to use it to cover all of the walls in one entire room. This is usually done in a great room or entryway. We did this in our current farmhouse.

When used in this way, I think it’s best to use a white paint. It creates such a clean and crisp look as the grooves in the shiplap flow all the way around the room.

While tile is an obvious solution for a kitchen backsplash, shiplap is another option that works great. It’s a refreshing detour from the usual tile patterns that we are used to seeing in a kitchen.

However, using wood as a backsplash material can cause concerns for some, and in some areas building codes might even prevent it. Wood doesn’t get along very well with water and heat. So you can get creative and achieve the shiplap look for your backsplash by using a cement fiber board like Hardie Plank.

Melissa of the Inspired Room used Hardie Plank for her kitchen backsplash and it looks amazing!

If you feel like doing an entire room in shiplap is too much, you can always use it for an accent wall. And this is a place where you can get creative. Here it is fun to do the unexpected, like running it a different angles, or vertically. This causes the wall to be a ru focal point to a room.

We did a vertical shiplap accent wall in our home office and painted it a dark blue.

Using shiplap on a ceiling is also another unexpected way to use this material. If you don’t want to use beams as a way to add interest to an otherwise boring white ceiling, shiplap is a great alternative.

It can also be a great way to cover an ugly popcorn ceiling of a remodel. It might just be easier than trying to scrape all of that popcorn off. Even though, I don’t have any experience in that area, but I’ve heard it can be a nightmare!

I’m a big fan of custom islands, and one way you can customize an island is by adding shiplap. This can be done by using shiplap as a focal point for your custom island ends, and also running shiplap on the backside of the island where the bar stools go.

We did this with out island and painted it using Sherwin Williams Dorian Gray. It was a great way to make the island a focal point while tying it in with the shiplap walls. 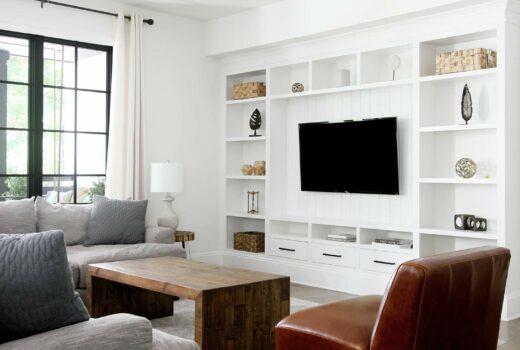 Basement Waterproofing: How to Waterproof Your Basement 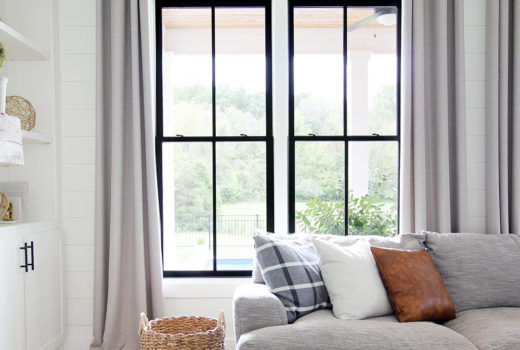 3 Things We Would do Again When Building a House 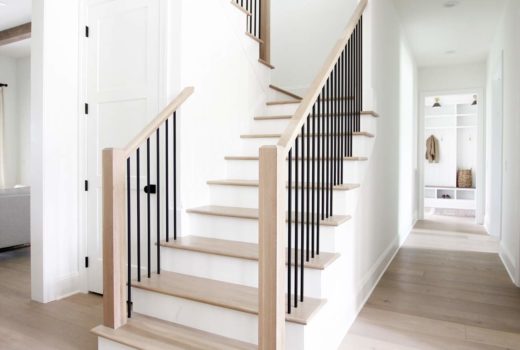 Four Elements of a Beautiful Staircase