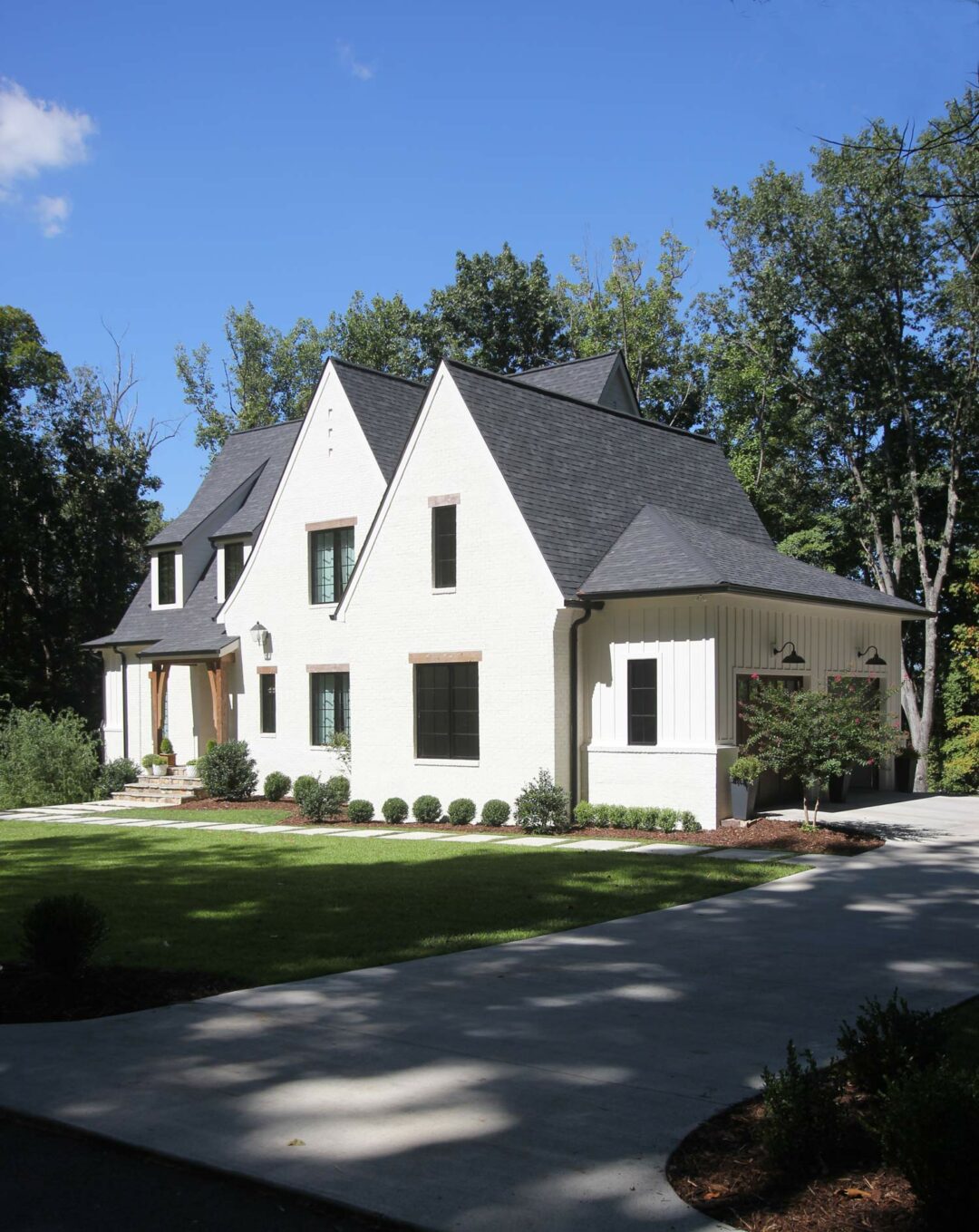 We knew from the start that in order to totally transform the exterior of the flip house we had to increase the roof pitch. The house had a typical split foyer look, even though it wasn’t a split foyer. This look was created by the cantilevered second story and the low roof pitch. The cantilever we could live with, but the roof pitch had to change! I’m going to give you some insight into how we increased the pitch of the roof and roughly how much it cost.

What is Roof Pitch?

Roof pitch is basically the slope or steepness of a roof. It’s measured in the amount of rise in inches per horizontal foot, and is expressed as a ratio. For example, a roof with a 4:12 pitch rises 4 inches for every 12 inches (1 ft) of horizontal roof. The roof on our house has a pitch of 20:12, which is extremely steep as you can see in the picture above. For the flip house, we didn’t go quite this steep. Although, compared to the original 4:12 pitch, the change is pretty dramatic as you’ll see below!

Determine What Pitch will Work Best

Before you start any actual work on changing your roof pitch, you need to do some planning. It’s important to figure out what will work or won’t work for your house. For our flip house, we had two goals. We wanted to dramatically change the appearance of the exterior and add a bonus room above the garage.

In order to create enough height for the bonus room, I calculated that the roof pitch would need to be at least 10:12. This meant a 10:12 pitch for the garage roof and a 10:12 pitch for the roof on the main part of the house to match. The only difference would be that the new roof on the main house would be cosmetic only. This meant that we would just frame on top of the existing roof. We did consider taking the old roof off and adding a third floor. But in the end, decided it would be too risky. It would be very difficult to keep the interior dry during the process.

At this point, we’ve completed the roof on the main part of the house. We originally considered having trusses built that would sit down on the existing roof. But decided that this approach would take too long and it would be more expensive. So we decided to stick build it.

Before any work was done, we had our framer calculate all of the material needed so we could get it ordered and on the job site before they started putting holes in the existing roof.

Once the material was onsite, the first thing they did was cut off the old overhang. Then they removed sections of the existing plywood above the end of each rafter. Even though we were not completely removing the old roof, this left small parts of the interior exposed. So it was important to plan this part of the project during a span of dry weather and work fast.

From this point, it was pretty straightforward roof framing. The only difference being that the new rafters sat on the ends of the old rafter instead of the wall.

How much did it cost to increase the roof pitch?

Here is a break down of our cost to increase the pitch of the roof on the main part of the house which covers a 42’x27′ area. Hopefully this breakdown will give you an idea of what it costs to make this kind of change to your house. Keep in mind the material costs fluctuate and labor rates can vary based on what area you live in.

The material costs total came out to be around $4272. There were a few extras like nails, gas cartridges, and felt. The total labor cost was $2500 giving us a total cost of around $6800. That might sound like a lot, but when you consider that it completely changed the appearance and allowed us to add 600 sq ft, it is well worth it!

Next up, we’ll be doing the roof over the garage. Since there will be a new bonus room above the garage (about 600 sq ft), the old roof will have to completely come off. The floor system for the bonus room will be added, knee walls, and then the new roof which will include two dormers. But before any of that can be done, the brick must be laid on up in the gable beside the garage. This is taking place right now, so hopefully framing the new rood can begin next week! 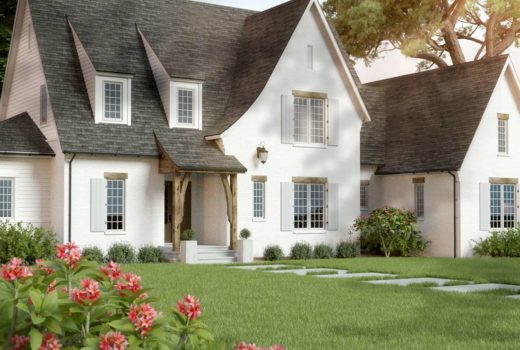 Designing a Functional House: The Thought Process Behind Our Floor Plan 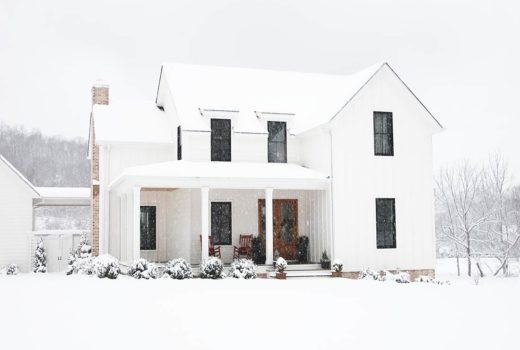 Items to Splurge on When Building a House 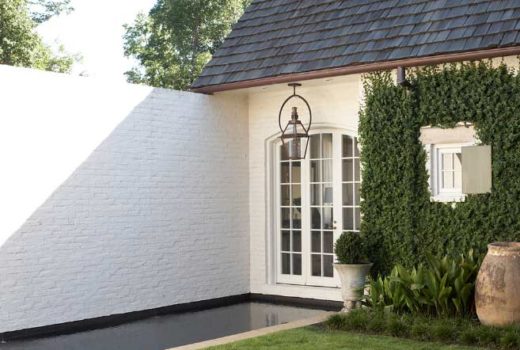