How to Build a Curbless Shower 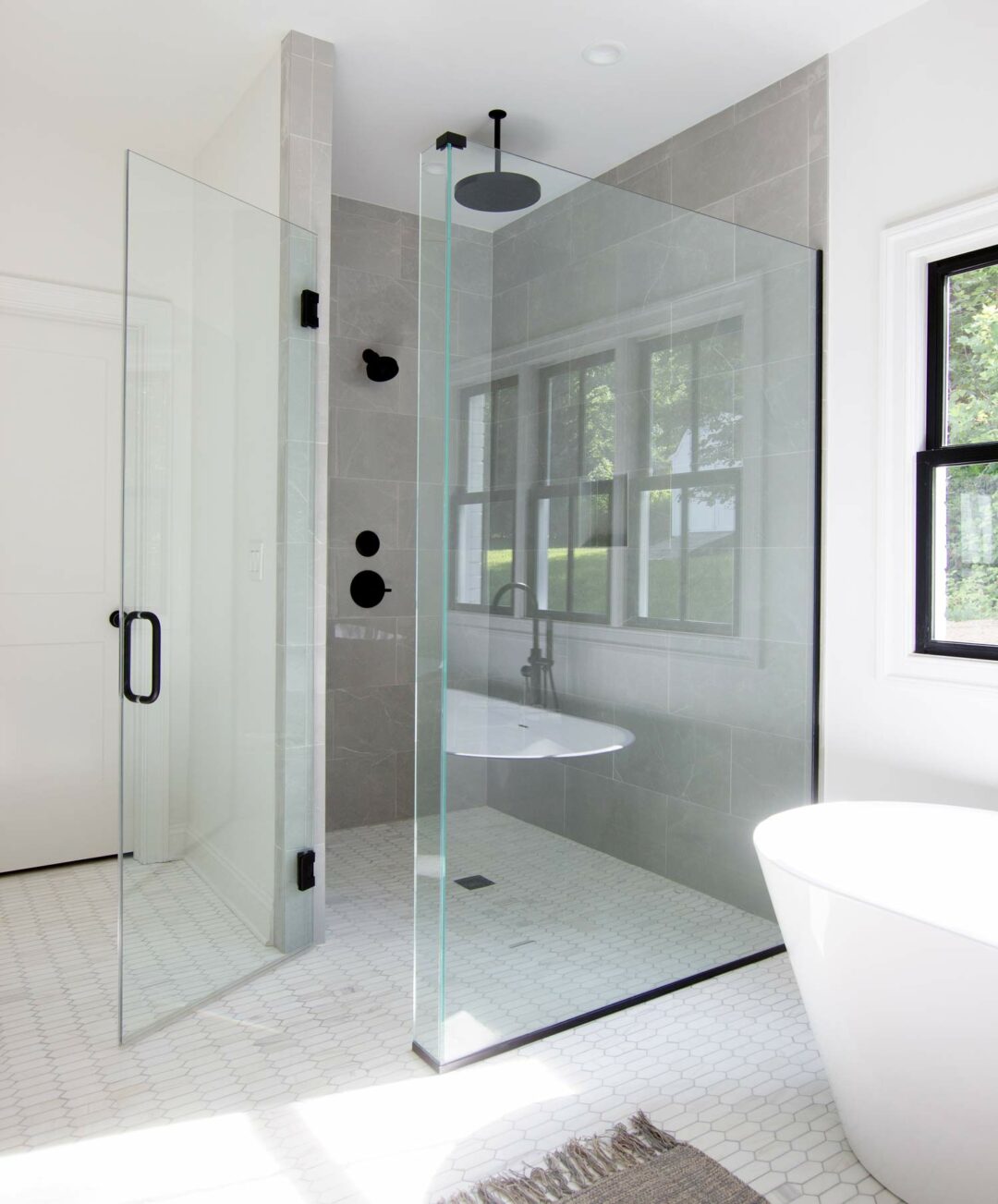 When we built our house over two years ago, one of our must-haves was a curbless shower in our bathroom. We loved it so much that we decided to add one in the flip house master bath. In this tutorial, I’m going to show you exactly how I built it and all the materials and tools you’ll need to do it yourself.

What is a curbless shower?

Most tile showers have a curb that separates the shower floor from the rest of the floor in the bathroom. A curbless shower is simply a shower without a curb. There are several benefits to eliminating the curb. At the top of the list for me is the appearance. Not having a curb allows the bathroom floor tile to flow seamlessly into the shower. This creates a sleek and modern look.

The next benefit is that there is no tripping hazard with a curbless shower. You can enter and exit the shower without having to worry about stepping over anything.

There are several products available for building a curbless shower. I chose to use the TrueDEK Classic Base. It’s a pre-sloped base that comes in several different sizes and drains locations. So keep in mind, that this tutorial is geared for this particular base.

Now let’s get into the tutorial.

Step 1: Determine the Location of the Base

I ordered a base that was smaller than the shower floor. This gave me some flexibility with the base placement. But keep in mind that this base can be trimmed with a saw if you need it to be smaller. With the TrueDEK base, it’s a must that you keep the drain hole away from any floor joists. The drain offset design allows you to rotate the base to avoid the joists.

Once I had a position and orientation that worked, I used a pencil to outline the base on the subfloor.

Using a circular saw, I cut out the subfloor on my outline. To finish the cuts in the corners, I used a multitool. After I made the cuts, I had to use a pry bar on a couple of the pieces that were more difficult to pull up.

Around the perimeter of the hole in the subfloor, I added 2×4 blocking. I secured the 2x4s using construction adhesive and screws. I also added blocking around the area where the drain is located.

Step 4: Fasten Pan to the Floor

After I installed all of the 2×4 blocking to the floor joists, I applied construction adhesive everywhere that would make contact with the bottom of the base. I placed the base in the cutout area.

Then I used my impact driver to drive screws through the pre-drilled holes in the base into the floor joists and blocking.

Step 5: Install Backer Board on Floor

Then in the shower area, I caulked all of the joints and screw holes with latex caulk. It’s important to use latex caulk here vs silicone because the waterproofing material will not stick to silicone.

Then I brushed more Tank-10 on top of it. I also did this everywhere there was a joint between two pieces of cement board or cement board and the base. I ended up applying 3 coats of Tank-10.

Installing the TrueDEK drain is a straightforward process, but there are several steps involved. The drain includes these instructions, So I won’t go into detail here.

After I installed the drain, I applied Tank-10 around it and finished applying it to the rest of the shower base.

After I installed the drain and completed the waterproofing process. I laid the floor tile. I won’t go into details about laying tile as that is a tutorial within itself.

But one thing to note: I did have to back butter the tile around the perimeter to create slope away from the walls. 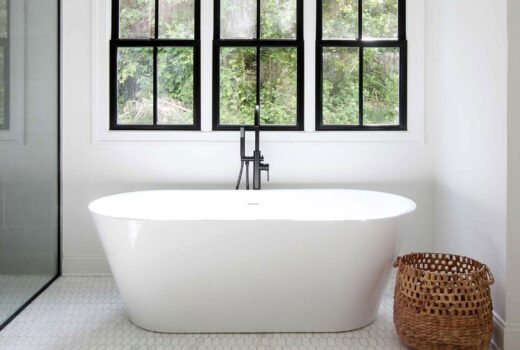 What is the Standard Bathtub Size for a Bathroom? 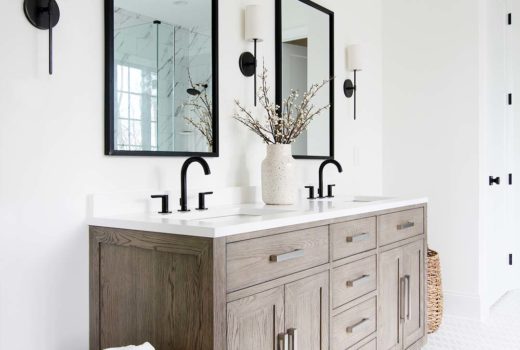 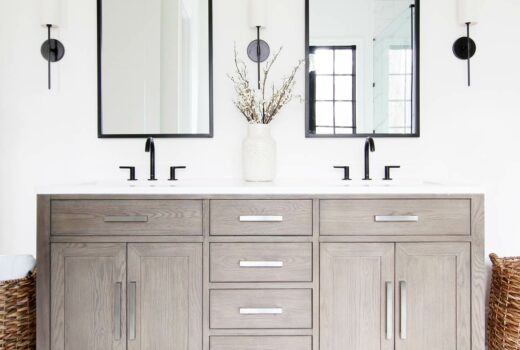